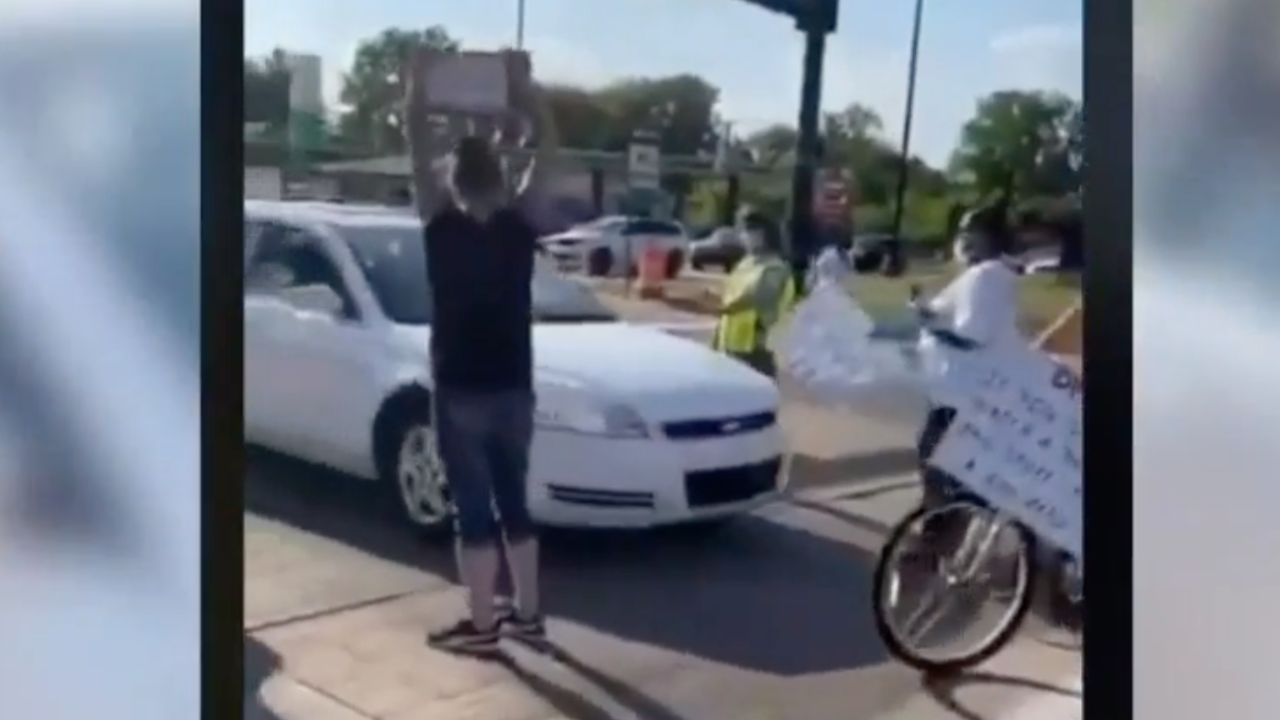 TAYLOR, Mich. (WXYZ) — The Wayne County Prosecutor's Office is reviewing the case against a woman accused of driving into a group of protesters on Tuesday.

The 68-year-old woman is not in custody; whether she'll face charges is yet to be determined.

The incident occurred in Taylor at the intersection of Goddard and Telegraph during a protest honoring George Floyd and demonstrating against police brutality.

Trische Duckworth, founder of Survivors Speak, said she recorded it one of two videos that captured the incident.

"She's just aggressively blowing and continuing in the crowd of people as we were clearing the area. So, I seen an elderly gentleman there on his bike. So, I stepped up and said we are not doing this. We are going to wait. You are going to wait."

Duckworth said the woman edged up and bumped into her knees, took off and ran over a man's bike. No one was run over in the incident.

However, Duckworth feels the woman did it maliciously and said the driver made first contact. She said she wants the woman charged.

Taylor police has spoken to the driver.

"I have a problem with that because if it had of been my melanated self running through a crowd of people, I would be in jail right now," Duckworth said. "I wouldn't be 'Oh, let's talk to her.' So, it's just this case of privilege. and white privilege... people being able to say they are scared for their lives. You're not scared for your life. Because if you were scared for your, life you would have never entered into that intersection with protesters there."

The driver's identity has not been released due to no charges issued.

Duckworth said the group plans to protest in the area again, but no dates have been set yet.