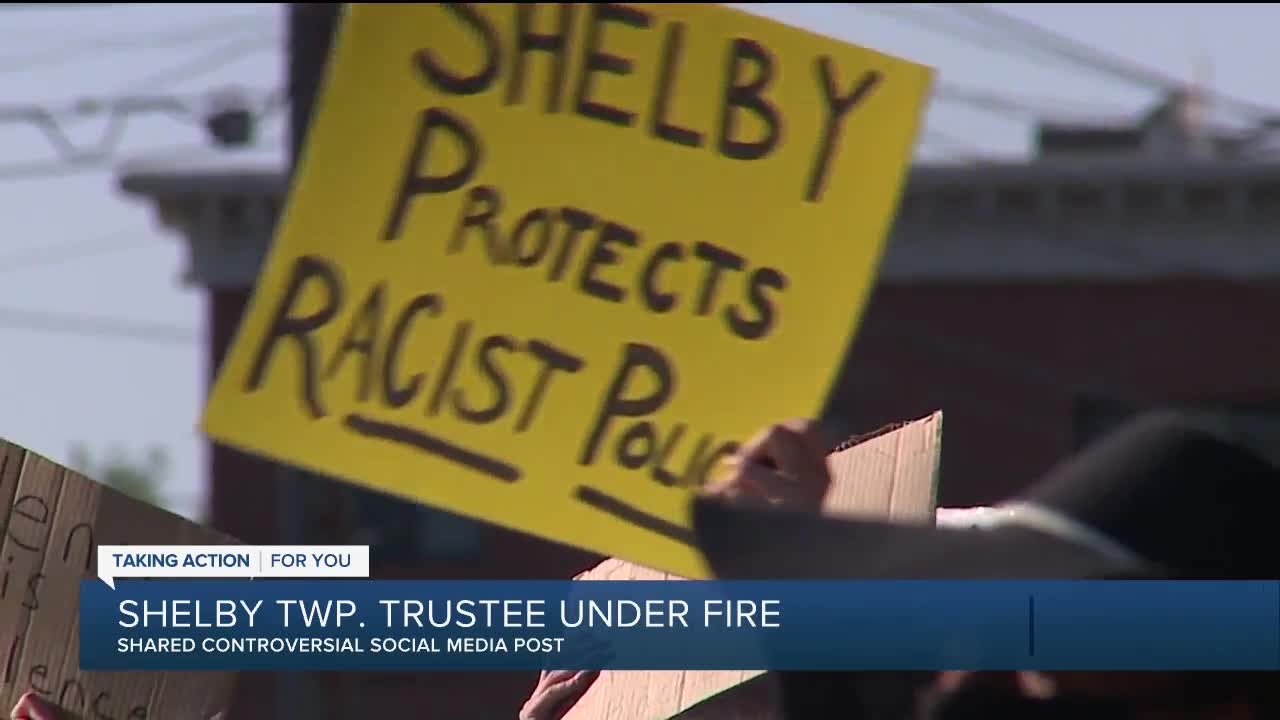 The post features Aunt Jemima and Quaker Oats together in a bed with the caption "Can't we all get along."

Quaker Oaks announced this week it will retire the Aunt Jemima brand. The company said they recognize the character's origins are based on racial stereotype.

Action News has not confirmed Vermeulen posted the controversial photo. We made repeated attempts to reach Vermeulen by phone and email and have yet to hear back.

Rev. W.J. Rideout said the community is outraged, and public trust in Shelby Township is lost.

"He has started another fire," Rideout said.

He was suspended for 30 days and will undergo cultural awareness and de-escalation training.

"How can [Vermeulen] be the one to judge the chief," Rideout said. "It's time to remove the chief and the trustee and anyone that stands for racism and discrimination."

Action News will continue to follow developments in this story.