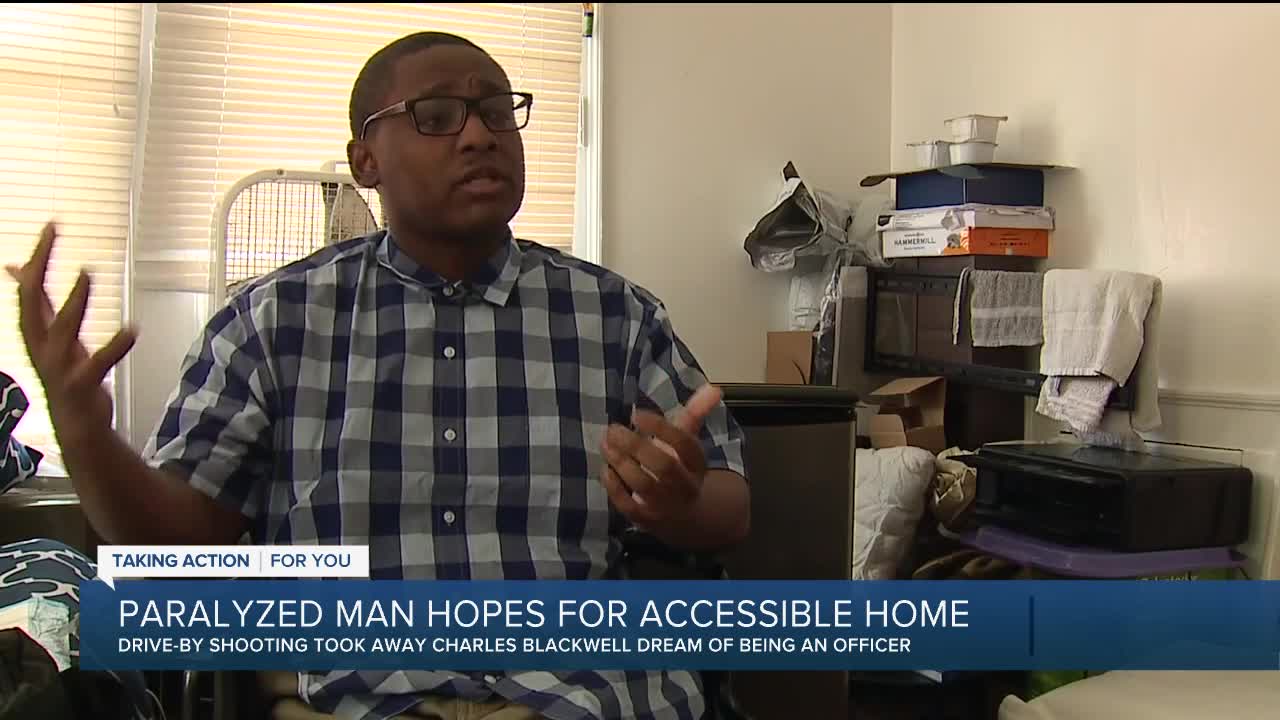 Trapped on the second floor. A man paralyzed from a drive-by shooting had to give up his dream of serving in Michigan's Army National Guard and becoming a police officer. Then his mother was killed by a hit and run driver. 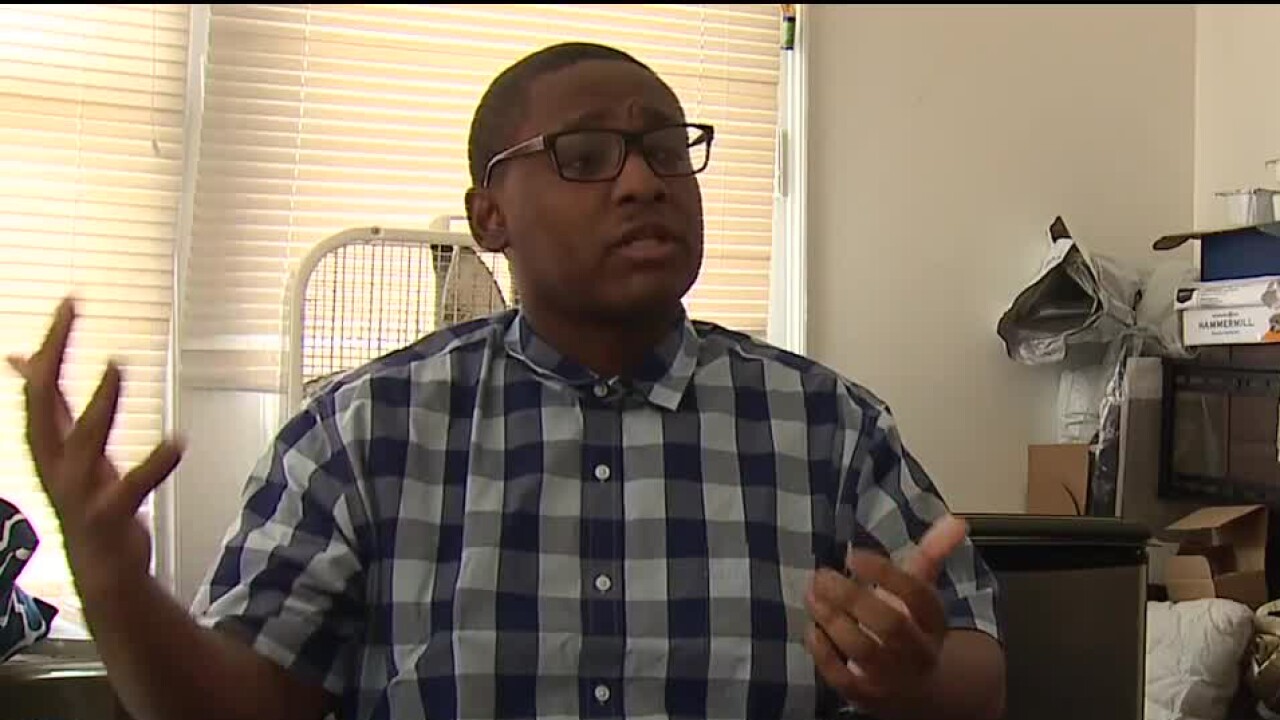 DETROIT (WXYZ) — Trapped on the second floor. A man paralyzed from a drive-by shooting had to give up his dream of serving in Michigan's Army National Guard and becoming a police officer. Then his mother was killed by a hit and run driver.

Now Charles Blackwell is armed with multiple online degrees but is living in his family’s upper-level duplex with no way to get down the stairs.

A former police officer and friend started a GoFundMe to raise money to pay for ADA accessible housing for Charles and get him an adapted vehicle. He has known Charles since the shooting that paralyzed him and says he wants to help right society’s wrongs and give this hard-working young man a chance at a better future.

Blackwell says if he could leave the house, he would attend in-person college classes, be able to start physical therapy again, get a job, and be able to get to a job.

Caretaker Mae Morris comes a few hours a day to help him with essential tasks at home and sees his dedication.

“With him being the type of person that does a schedule, his books, as soon as breakfast is over, he gets into his books,” says Morris.

“I got an Associates in General Business last year from Schoolcraft College. I got another Associates in Business Information Technology just last month and now I’m working on my Bachelors from Northwood University,” says Blackwell.

“If I need a computer set up or anything like that, I have to go to Charles. Yes, he’s very very knowledgable in a lot of things,” says Morris.

“He got me into bitcoin and other things. He’s very knowledgable,” says Morris.

She isn’t able to get him up or down the long staircase though.

“There’s only one time I leave - when I go to a doctor’s appointment,” says Blackwell.

He has to call an ambulance with EMTs and a special stair chair to bring him down, take him to the appointment and bring him back up. It’s expensive.

So he does the only thing he can do, he studies and works on another degree.

“Because that’s going to be the only way to open up doors per se, is with that education,” says Blackwell.

“I would like to just get back into the workforce,” he says.

If only he could get to the front door at the bottom of the stairs.

“So housing is the biggest major thing that I need. It’s also a safety thing too if there is a fire here … “ says Blackwell trailing off.

Here is more of Charles Blackwell's story and the GoFundMe to help get him into an accessible home: https://www.gofundme.com/f/a-prisoner-in-his-own-home-help-free-charles