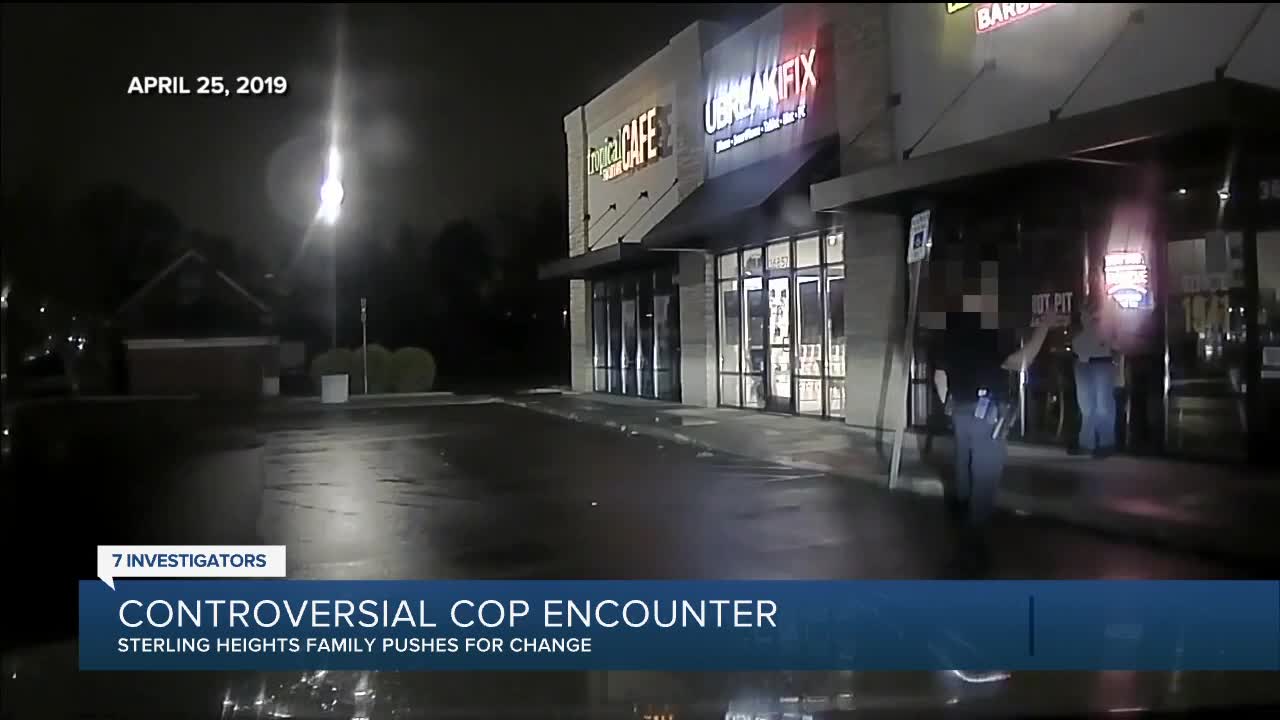 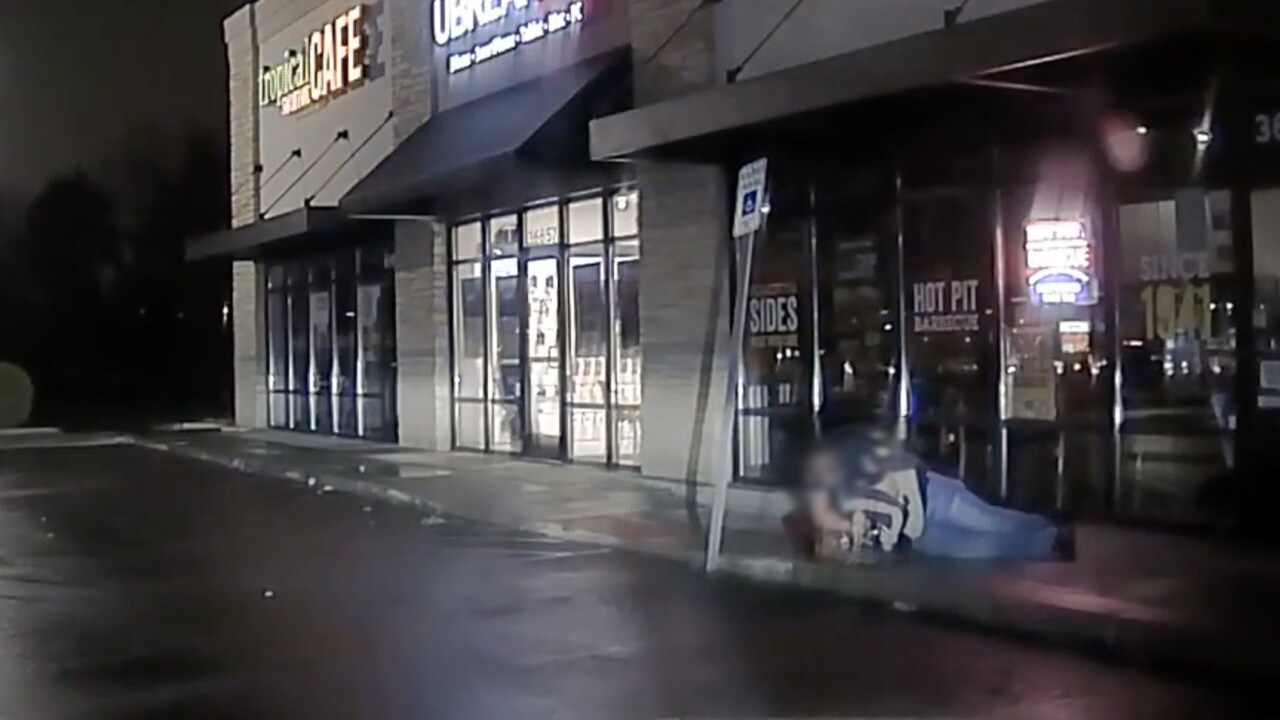 STERLING HEIGHTS, Mich. (WXYZ) — A Sterling Heights family is demanding change within the police department. Logan Davis said a police officer wrongly arrested him after putting him in a chokehold, and now his family is suing the city and the police officer.

The lawsuit was just filed in federal court, and Davis and his family are calling for accountability in the department.

Dash-cam video shows the arrest, and Davis said he had just finished his after-school job at a sub shop last year when the officer approached the 18-year-old.

We are not identifying the officer because he has not been charged with a crime.

"Put your hands behind your back," the officer can be heard saying on video."

"What is the reason?" Davis asked.

"Because I want your ID," the officer responded.

The officer then pulled him down to the ground and held Davis' head and neck down with his arm.

"The whole time I'm really in fear for my life," Davis said.

He told 7 Action News he was waiting for his dad to pick him up, sheltering from the rain under the awning of a nearby business when the officer asked for his ID.

Davis filmed the encounter on his cell phone. In the video, he tells the officer he is waiting for his dad, and that he works at Firehouse Subs.

Watch the entire dash-cam video below

"Logan had every right to challenge this officer, and to challenge the fact that since he wasn’t committing a crime, he had no obligation to do anything other than what he did," Robinson said. "He told him his first name and showed him his uniform."

Cell phone video shows the officer saying that Davis was resisting arrest, while Davis said his dad would be there soon.

"It was hard to breathe, I’m struggling for breath, he puts me in a chokehold," Davis said.

Davis and his family have now filed a lawsuit against the officer and the City of Sterling Heights – alleging the teen was wrongly arrested for loitering because of his race.

"This is a case of waiting on dad to pick me up from work while Black," Davis' father Dave Robinson said.

His father arrived moments later, terrified to see police cars instead of his son.

"It had to have been within like five minutes of him getting off work and waiting on me," Robinson said. "He was off of work and in a squad car."

Davis' mom said she's traumatized and cried when her son attended prom a few weeks after the arrest – worried he wouldn't return home safely. She said now they want accountability.

The police dropped the charges against Logan, and the Sterling Heights Chief says the officer was ultimately disciplined for not activating his microphone at the start of the dashcam video.

"He was also ordered to go to de-escalation training, and I verbally counseled him, we talked about this how this could have had a different outcome if you would have waited, waited 2-3 more minutes, waited for back up officers or if you would have walked that suspect down to Firehouse Subs, asked for a manager say hey does this person work at your store. There’s all these things that could have been done Heather, in hindsight, those things could have been done," Chief Dale Dwojakowski said.

The chief also told us this officer the year before won an award for his police work, and he again denies the teen was targeted because of his race.

We take our role in community policing, public safety and earning the public trust very seriously. The department and city immediately launched a thorough investigation of this incident when it happened more than a year ago. Foremost, we are thankful there were no physical injuries associated with this incident. After that detailed review, we are confident it was an isolated incident, and we took several action steps to help address and resolve the situation as swiftly as possible, including dropping the charges and apologizing as well as disciplinary action for the officer and additional de-escalation training. We are committed to ensuring our police department lives our philosophy of continuous improvement and doing all we can to ensure positive race and community relations and dialogue with all those we serve while fulfilling the oaths we all took to uphold and protect our constitution and community and act with integrity and character.