You'll have a better chance of picking up a 5G signal this year. 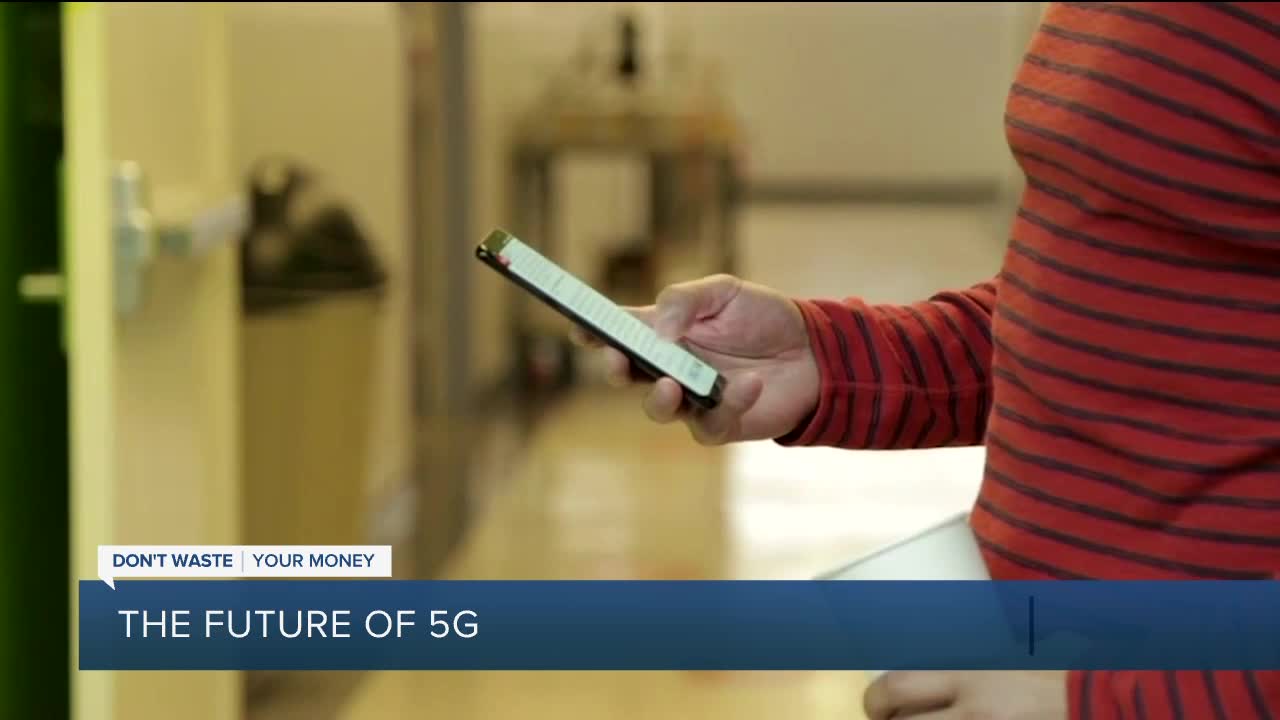 Don't Waste Your Money: The Future of 5G 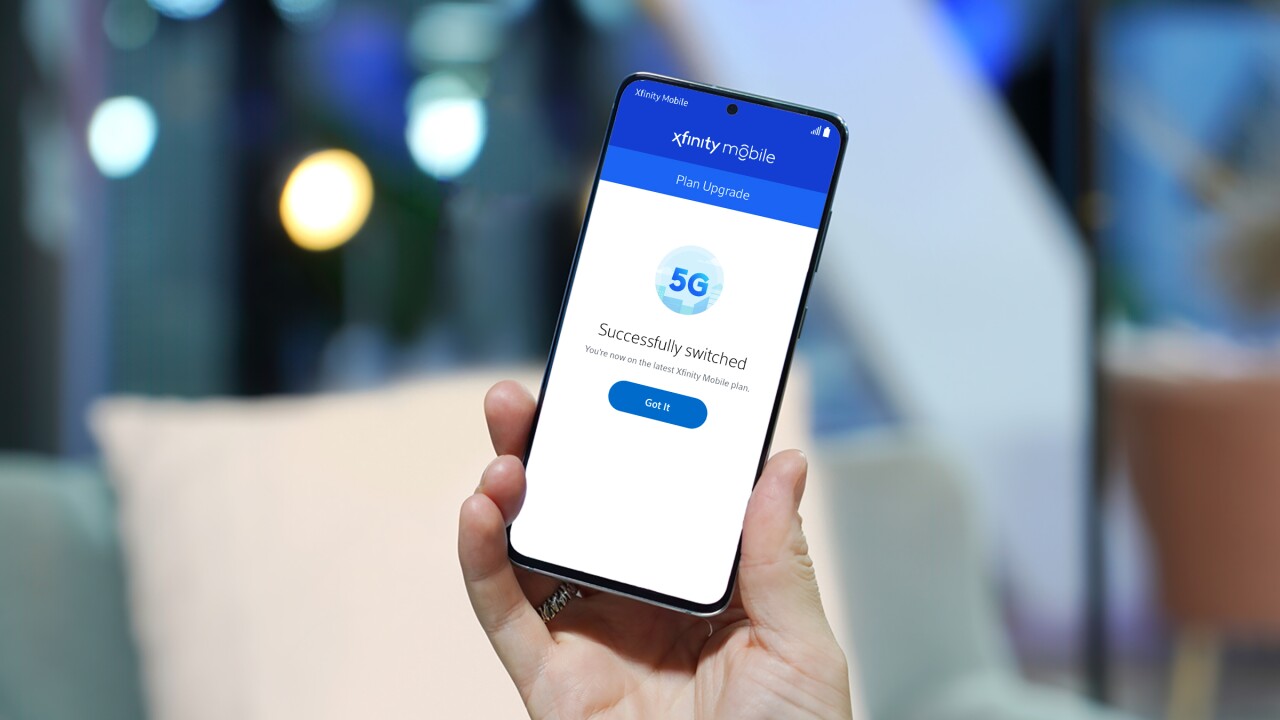 Over the past year, 5G has evolved from a technology of the future into a real thing, but consumers have yet to see the promised benefits.

In the year ahead, that will gradually change as 5G phones and networks become more accessible to everyone, industry experts say.

Look for the technology to pop up in other devices, too.

At the Consumer Electronics Show on Monday, Qualcomm and laptop manufacturer Lenovo jointly unveiled the Yoga 5G, the first laptop with 5G compatibility.

The technology will also pave the way for the instantaneous response times required to safely perform robotic surgery and operate self-driving cars that communicate with other vehicles and road infrastructure.

Though you'd need a crystal ball to see what the long-term future of 5G holds, the near-term path is fairly well-charted, according to those we interviewed.

Here’s a quick look at what consumers can expect to see this year.

Though 5G coverage remains limited in much of the U.S., it’s expanding at a much faster pace than the 4G rollout of a decade ago, experts say.

“We’re still in the top of the first inning when it comes to 5G,” says Alok Shah, Samsung’s vice president of networks, strategy, business development, and marketing. “The carriers are moving as fast as they can, but these things take time.”

In the U.S., all four of the major wireless providers now offer some kind of 5G service for consumers. Most have been steadily building their networks for six months, adding a handful of markets at a time.

In December, T-Mobile officially launched what it calls the first nationwide 5G network (though it still leaves significant parts of the U.S. population without 5G access). And the three remaining Big Four providers say they too will have coast-to-coast service later this year.

To truly bring 5G to the masses, though, the tech will require affordable 5G smartphones. Right now, most models on the market cost more than $1,000.

But last month, Qualcomm unveiled new Snapdragon 765 and 765G chips that should open the door to 5G connectivity in lower-priced mobile devices. Expect the chips to become commercially available in the first quarter of 2020.

Smartphones aren’t the only mobile devices that stand to benefit from 5G. Here’s a look at other places the technology is likely to emerge this year.

Connected laptops and tablets. While direct connections between the internet and other mobile devices have long been possible with 4G, the increased bandwidth provided by 5G will allow the concept to finally take off, says John Smee, vice president of engineering for Qualcomm.

The Yoga 5G laptop—which will go on sale this spring, starting at $1,500—will offer faster performance for those working on the go and lower latency for those who enjoy gaming, according to Qualcomm and Lenovo.

On top of that, the 5G connection should dramatically reduce a user’s need for public WiFi, which is good because cellular connections are generally considered to be more secure.

And eventually, Smee says, those 5G connections will spread to other internet of things devices, including smartwatches.

Augmented and virtual reality. The higher data speeds and lower latency provided by 5G will improve the user experience for both technologies by reducing lags and boosting video resolution.

That could make AR and VR more practical for use not only in gaming but also in workplace training situations, Smee says.

As Shah notes, Samsung recently partnered with AT&T to demonstrate the AR capabilities of 5G at AT&T Stadium, the home of the Dallas Cowboys. The company captured high-resolution video of Cowboys players, then allowed visitors to film themselves in front of green screens. When combined, the footage made it look like the visitors were surrounded by players.

The popular AR app Pokemon Go uses the same idea, Shah says, but 5G allows for the use of super-high-resolution 3D video that makes the resulting shot look incredibly realistic.

“You kind of have to see it to believe it,” he explains. “People would think you actually took a picture with the players.”

Connected cars. Though the world of always-connected, self-driving vehicles is still a long ways off, 5G will impact cars in more modest ways in the meantime.

Many vehicles are already connected to the internet through 4G, Smee points out. And, in theory, they could be linked to just about anything: a smart intersection, other cars, a sensor worn by pedestrians, or nearby smartphones.

As network coverage improves, so will the capabilities of connected vehicles.

Smart cities. Whether you’re talking about connected vehicles or connected intersections, the possibilities are largely dependent on sensors that just haven’t been created yet, Shah says.

In theory, a city filled with sensors could do everything from letting drivers know where the closest free parking spot is to alerting sanitation workers to a trash can that’s too full. With more info, you get more efficiency, he says.

To prep for that day, Samsung has created a mini smart city at its South Korea headquarters, where it can experiment with new VR applications, buses that allow each passenger to stream videos, and traffic lights that turn red if a pedestrian enters the intersection.

“With smart cities, there’s always the question of what cities are going to take a leadership role and who pays for everything,” he says. “But we think it’s very exciting.”